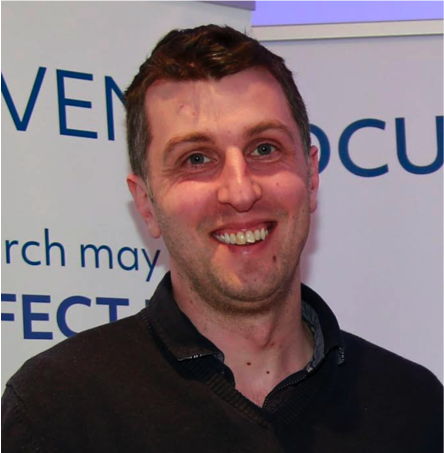 Dr. Robert O’Connor graduated with a BSc. in Applied Physics from Dublin City University in 2001 and a PhD in Semiconductor Physics from the same institution in 2005, which focused on the characterization of advanced materials for ultra-large scale complementary metal-oxide-semiconductor (CMOS) processes.
In 2006 he worked at Intel Ireland as a process engineer, during which time he was awarded a Marie Curie Intra European Fellowship to work at IMEC, Belgium on electrical characterization of high-k dielectric materials. Following this, in 2009 he secured an Irish Research Council EMBARK Fellowship to continue his research on the characterisation of dielectric materials for future CMOS technologies. The project, which received follow-up funding from the Science Foundation Ireland ‘FORME’ Strategic Research Cluster, focused on the characterisation of the interfacial region in MOSFET devices with high-k dielectrics and group III-V high mobility substrates in collaboration with Intel.
In 2012 he joined the academic staff at Dublin City University in the School of Physical Sciences and has been awarded several research grants including an SFI TIDA award that funded research on the development of novel materials for solar water splitting to yield hydrogen fuel. This grant has led to follow on funding from the Sustainable Energy Authority of Ireland and Enterprise Ireland and he is currently leading a 4-year project in this area.
He also collaborates with scientists at Trinity College Dublin on an SFI funded SPOKE project which is focused on the development of block-copolymers for area selective deposition, and with researchers at IMEC, Belgium on the characterisation of self-assembled monolayers also with a focus on their potential in the area selective deposition field.